Classic Hollywood films brought in the glamour and grace that every woman wanted. Whether it was a small starlet or a huge actress, they’d be dressed to the nines in the finest gowns. With vintage looks becoming more popular in 2020, it’s time to look at ten of the best dresses from classic Hollywood films and break down all the best choices from fan favourites to icons.

It’s hard to pick an outfit worn by Audrey Hepburn, but her outfit from Sabrina is a serious contender. When her character in Sabrina returned to her childhood home as a stunning ingénue, she was outfitted with an entirely new couture wardrobe. Her most iconic and stunning outfit from this collection included this custom Givenchy dress with striking embroidery with black-and-white colouring. Paired with pearl earrings, white gloves and simple black-heeled pumps make this a timeless classic.

GRACE KELLY IN TO CATCH A THIEF

There was no question whether Grace Kelly was a fashion icon in her movies but her dress in Alfred Hitchcock’s To Catch A Thief was simply stunning. It’s filled with some of the best couture from the 1950s and was designed by costume designer Edith Head inspired by Dior and Balenciaga. In theory, it’s a simple blue chiffon gown paired with a shawl and clutch, but that’s what’s so brilliant. Kelly didn’t need to over accessorise, and looks like a goddess in blue.

You’d have to be living under a rock not to know this iconic look as it’s been homaged so much in pop culture. Designed by William Travilla, this pink satin dress is bold and shows a confident yet feminine Monroe. There are many gorgeous dresses in Gentlemen Prefer Blondes worn by Monroe and Jane Russell, but this pink number is an iconic dress that will inspire fashion for generations.

Designed by Cecil Beaton, Leslie Caron’s dress in Gigi captured the public’s attention as much as the musical numbers did. This white off-the-shoulder satin evening dress with the feathered shoulders is exquisite and completely changes the look of the character. It’s a mixture of innocence and sexy that oozes sophistication.

This black strapless gown Rita Hayworth wears in Gilda was the sexiest thing on screen in 1946. It was designed by costume designer Jean Louis before Hayworth had her baby therefore she had a harness and corset fit in to sculpt her body more. With a strapless black satin gown matched with elbow-length gloves, this outfit sealed Hayworth as a sultry femme fatale not to be messed with. 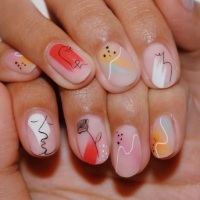 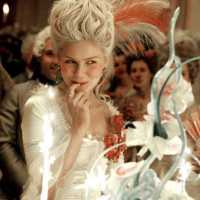